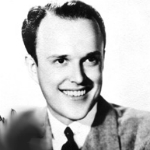 Will Bradley (July 12, 1912 – July 15, 1989), was an American trombonist and bandleader during the 1930s and ’40s. He performed swing, dance music, and boogie-woogie songs, many of them written by Don Raye. In 1928 he moved to New York City and become a member of bands such as Red Nichols & His Five Pennies. During the 1930s, he was a studio musician for CBS except for one year with the Ray Noble orchestra. In 1939 he started a big band with Ray McKinley, a swing drummer and vocalist from Texas. The Bradley band became well known for boogie-woogie, particularly its hit record, “Beat Me Daddy, Eight to the Bar”. The song reached the top ten of Billboard magazine’s popular music chart, as did “Scrub Me Mama with a Boogie Beat” and “Down the Road a Piece”. The latter song was recorded by the Will Bradley Trio.