Welcome to the Golden Age of Radio Yesteryear!

Before video on demand, before television, even before the movies talked- there was radio! Radio’s “golden age” from the early 1930’s until the mid-1950’s produced some of the most beloved and enduring forms of entertainment. Dramas, Westerns, Comedy and Musical Variety all have their roots in the golden age of radio. Each evening, millions of Americans tuned to radio not only as a source of news and music, but also to enjoy their favorite entertainment programs.

Experience the thrill of the best shows with Hollywood’s, Broadway’s and radio’s greatest stars. Join curator and host Craig Roberts as he shares the history of the times and background information on the writers, directors, announcers and performers that made radio what it was. Tune in and thrill of the best of the golden age of radio on The Golden Age of Radio Yesteryear®.

Listen weeknights at 9PM/Pacific on Swing Street Radio, or search for a station that carries “The Golden Age of Radio Yesteryear” near you here.

About Radio Yesteryear
The Best of the Golden Age of Radio

The old time radio era, often referred to by collectors and fans as the “Golden Age of Radio” speaks to a period of time from the infancy of commercial radio broadcasting in the late 1920’s until the advent of television in the 1950’s. During this period, radio was the dominant source of entertainment as well as news and information. Radio offered a wide range of live music, comedy, variety shows, and dramatic programming which served as a welcome escape from troubled times plagued by economic depression and a world war.

During the Great Depression, while many Americans could not afford payments on their washing machines, vacuum cleaners, or automobiles, they desperately made every effort to keep up payments on their radios. By 1935, more than 22 million American homes had radios, and automobiles were being sold with radios.

Families sat around the radio each evening and listened to radio shows like “Amos ‘n Andy”, “The Chase & Sanborn Hour”, “The Shadow,” “Our Miss Brooks,” “Lux Radio Theater”, “Fibber McGee & Molly”, “Gangbusters”, and the “Sixty-Four Dollar Question.” In fact, “Amos ‘n Andy” became so popular that movie theaters across America would pause the film at 7:15PM and feed the program into the theater so that patrons would not miss their favorite show!

Most of the programs in circulation among collectors originated from 16-inch transcription discs. These discs were used to distribute programs to radio stations. In many cases, publicly available recordings are several generations of analog reel-to-reel and cassette tape generations down from the original discs, the result of trading among collectors during the decades before digital duplication was available. Most non-commercially made recordings are plagued by muffled sound, dropouts, and other defects.

However, the audio quality of the original discs, when they have survived unscathed and are digitally dubbed and restored, are usually found to be reasonably clear and undistorted, sometimes startlingly good, although like all phonograph records they are vulnerable to wear and the effects of scuffs and scratches. Many shows from the 1940s have survived only in edited AFRS (Armed Forces Radio Service) versions, although some exist in both the original and AFRS forms.

The old time radio recordings heard on Radio Yesteryear come from our archive of original 16-inch transcription discs which we began collecting in 1977. 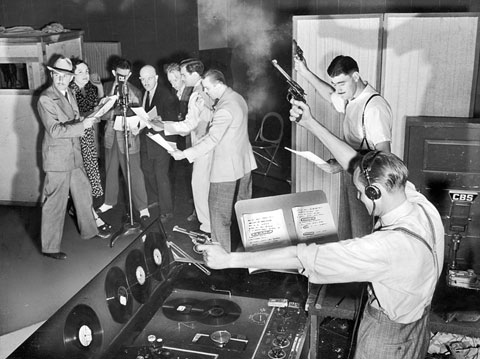 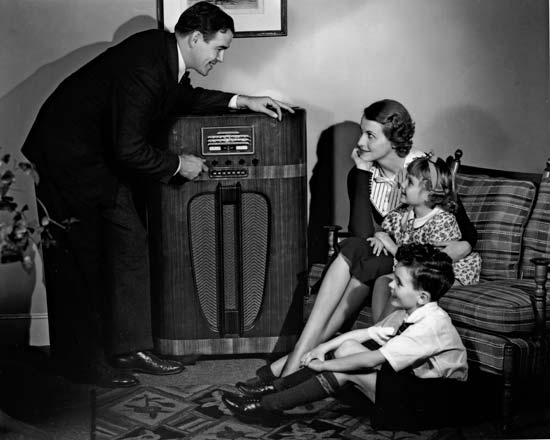 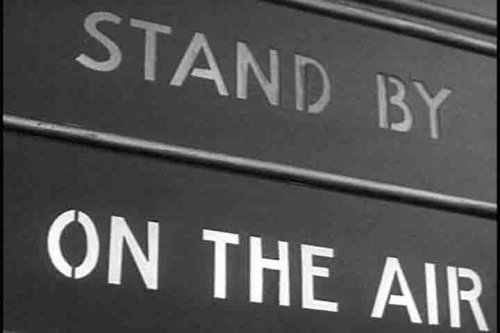