New generations are thrilling for the first time to the sounds of Swing and Big Band music which first emerged from the greatest period of American popular music. Orchestra leaders like Benny Goodman, Artie Shaw, and Glenn Miller are capturing their dancing interests, while vocalists like Frank Sinatra, Billie Holiday and Helen Forrest are capturing their romantic interests. Swing Street Radio host and curator Craig Roberts shares his broad knowledge of Big Band and Swing music, and draws from a collection of over 15,000 popular and rare recordings that span from the infancy of jazz in the 1920’s to the Great Depression to World War II. Artist Profiles and listener requests round out two lively hours of great Swing & Big Band music! 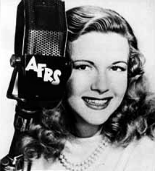 G.I. Jive was a request program broadcast by the Armed Forces Radio Service (AFRS) for the entertainment of soldiers serving overseas during World War II. Martha Wilkerson (G.I. Jill) hosts, along with occasional special guest appearances by celebrities such as Bing Crosby, Frank Sinatra and Dinah Shore. The program was considered one of the most popular shows on AFRS, and certainly the one that made the biggest impact on troop morale. G.I. Jill was sometimes referred to as America's answer to Tokyo Rose and Axis Sally, but without any hint of propaganda in any of her programs. 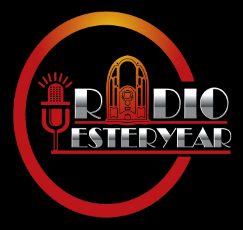 Before video on demand, before television, even before the movies talked- there was radio! Radio’s “golden age” from the early 1930’s until the mid-1950’s produced some of the most beloved and enduring forms of entertainment. Dramas, Westerns, Comedy and Musical Variety all have their roots in the golden age of radio. Each evening, millions of Americans tuned to radio not only as a source of news, but also to enjoy their favorite programs. Experience the thrill of the best shows with Hollywood’s and radio’s greatest stars. Join curator and host Craig Roberts as he shares the history of the times and background information on the writers, directors, announcers and performers that made radio what it was. Tune in and thrill to the best of the golden age of radio on “Radio Yesteryear”. 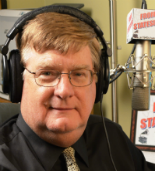 “From Stateside” is a time capsule of what was happening in the United States of America during the pre-war and World War II era. Host Jay Lawrence showcases the music and events that shaped the period, featuring popular big bands such as Guy Lombardo and Benny Goodman and vocalists like Helen Forrest and Frank Sinatra. In addition, Lawrence highlights a “Movie of the Week” along with excerpted radio shows of the time like Jack Benny and Fred Allen, so you get a feel of the timeless comedy that still plays in the theatre of the mind today. In addition, Jay presents “Miller Time”, featuring a Glenn Miller song, along with "What’s Happening at the Hollywood Canteen”. All of this “From Stateside” with Jay Lawrence. 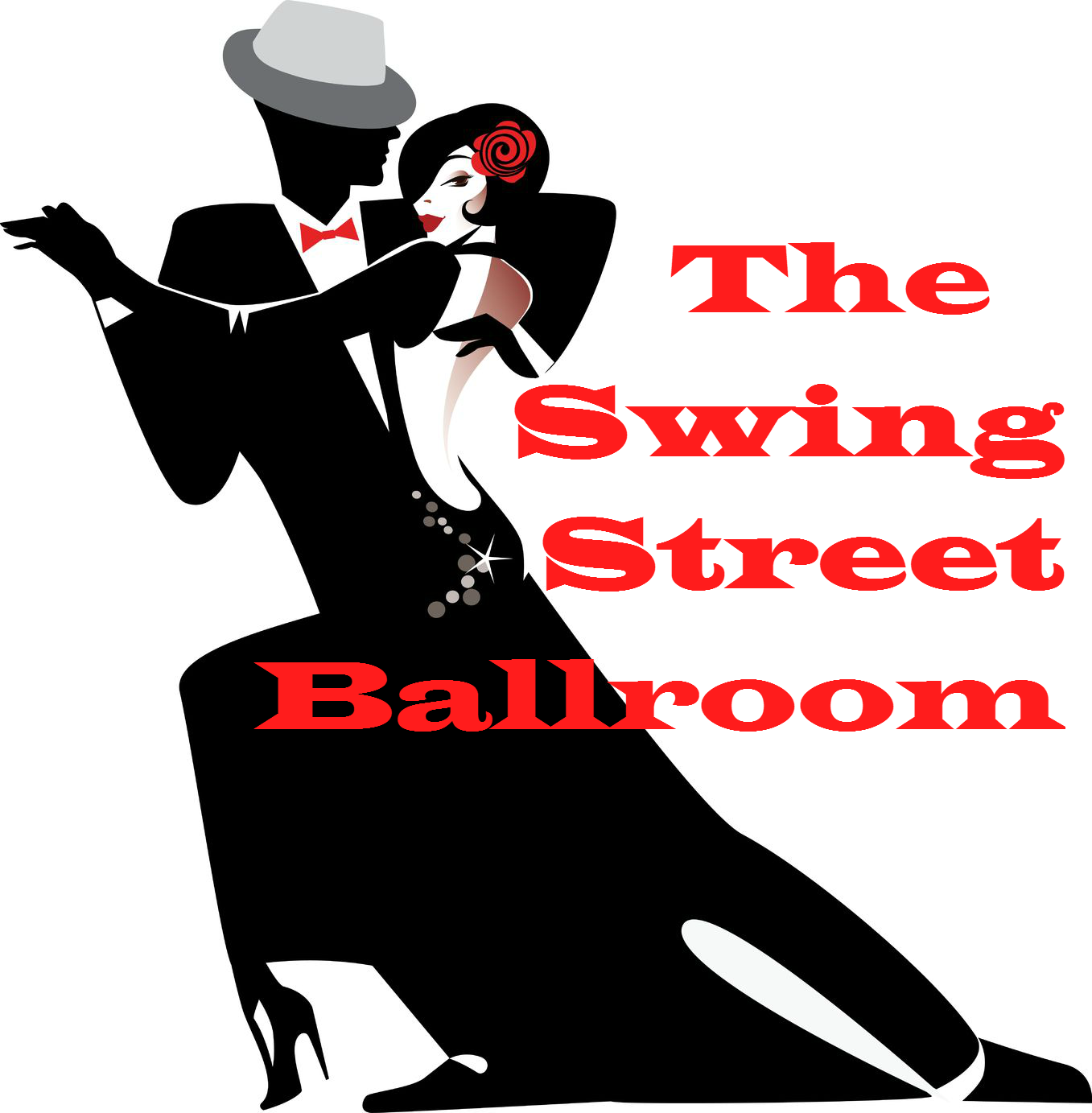 The Swing Street Ballroom with Craig Roberts presents live music (transcribed) from famous ballroom and night spots from across the nation. In radio’s early days, most of the music enjoyed by listeners came from live performances (“via remote”). Places like the Aragon Ballroom in Chicago, The Palomar in Los Angeles and The Palladium in New York City were just a few of the locations where radio brought its microphones in order to bring fine listening and dancing music to the nation. Swing Street’s version of Make Believe Ballroom draws from a library of over 1000 recordings of actual live radio performances of “the nation’s leading dance bands from the nation’s leading dance spots” (as the announcers used to say!) from the Golden Age of Radio. 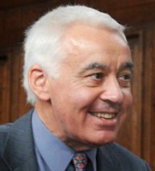 Boom and bust, prohibition and parties, flappers and philosophers – the 1920s was a decade of contradictions, a decade in which modern America was defined, and a decade full of great music. Join host Neil Sheldon for “The Roaring Twenties” as he explores the music and artists that defined an era. From its roots in New Orleans, to Chicago and New York, and eventually conquering the world. Neil showcases legends – from Louis Armstrong, Bix Beiderbecke and King Oliver, to Jelly Roll Morton and Duke Ellington- and introduces you to some lesser knowns- great performers now almost forgotten. Great music from the Jazz Age, the Crazy Years, the Dollar Decade, The Roaring Twenties! 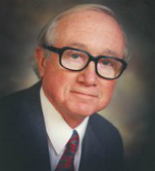 Join host Fred Hall ‘behind the scenes in swing’ on Swing Thing. Fred conducted his first interview with Helen Forrest in 1945 and subsequently recorded hundreds of artist interviews. Meet the singers, song writers/arrangers and musicians that created a uniquely American musical idiom called ‘swing’. Each week on Swing Thing, Fred showcases the music and shares conversations with the stars of the swing era. Artists like Harry James, Dick Haymes, Jo Stafford and hundreds more are all an intimate part of this remarkable show. 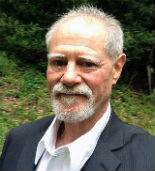 The Jazz Age. Considered by many as "America's classical music", jazz has been recognized since the ‘20s as a major form of musical expression. Each week, Jazz Rhythm showcases the music and stories behind the music, informed by host Dave Radlauer's unsurpassed knowledge of the era. This this five-time award-winning series brings to life the colorful personalities and distinctive atmosphere of early Jazz, presenting everything from Jumping Swing, Classic Blues and Hot Jazz, both old and new. 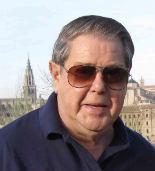 The Swing Era is an entertaining and informative musical program fed by the enormous recorded legacy that the Swing Era bands and artists left us. The Swing Era’s main focus is on the period from 1930 thru the 1940s, a span of time wide enough to present the bigger picture of this exciting musical era. Host Bud Pearson’s interest in big bands and swing began by listening to a local radio station that played all the best music of the ‘40s. Bud’s been a record collector ever since. The Swing Era draws on a collection of big band, swing era jazz and broadcast recordings of over 50,000 selections. Bud’s knowledge, backed by an extensive library of discographic and historical material provide the basis for the program’s annotation. There you have the Swing Era story. The rest is in the listening.

Many historians believe that jazz is the most significant form of musical expression in American culture. “A Year of Jazz” is an entertaining hour each week that documents the music, events and people that shaped a year of jazz. This 16 part miniseries is produced and hosted by popular jazz radio presenter Neil Sheldon of “The Roaring 20’s Show”. Each week, Neil expertly guides us as we explore this powerful art form that shaped a decade, influenced a nation and invaded musical styles across the globe. 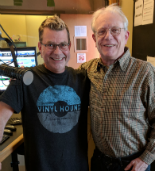 Rhythm Sweet & Hot is an engaging and light-hearted romp through swing music that entertains by capturing both the history and essence of musical culture from the ‘20s to the ‘40s. Join hosts Mike Plaskett and Dale Abraham for tunes that are well-known performed by the big names of swing and discover the “lesser-lights” of the music world whose records "can't be found at the local mall." Music so good, the State of Pennsylvania officially dedicated a day to it! Rhythm Sweet & Hot. Solid rhythm that is sometimes sweet, sometimes hot, and sometimes sweet and hot! 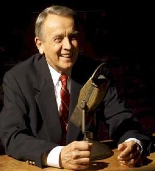 Swingin’ Down the Lane offers listeners treasure chest of big band recordings from the early 1930s to artists still recording this wonderful music today. Host David Miller draws on his extensive knowledge of the era, supplemented by interviews with performers, to educate and delight listeners of all ages. Swingin' Down The Lane showcases the music and talent of such big band greats as Benny Goodman, Count Basie, Tommy Dorsey and many more. On the air nearly four decades, David Miller’s collection of than 9,000 popular and rare recordings makes his show a “must catch” each and every week. 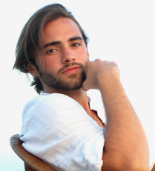 Memories in Melody is one of the longest continuously running shows in radio history. Hosted for over 65 years by New York radio legend Jack Ellsworth, the show has been passed down to his twenty-something grandson, popular musician Matt Taylor. With Matt's fresh and vibrant musical insights, Memories in Melody offers a mix of the greatest songs by the greatest artists of the 20th century. The show also features rare interviews and recordings. Through Memories in Melody, Matt Taylor is assuring that the finest music ever made remains alive for those who know it best while introducing it to a whole new generation of listeners.