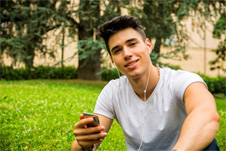 Swing Street Radio (internet radio station call sign KSSR-DB) is a San Francisco Bay Area based internet station operated by the non-profit Swing & Big Band Preservation Society that plays Big Band, Swing and Standards from the golden age of popular music of the 1920’s, 1930’s & 1940’s and early 1950’s. We feature all of the leading recording artists from that period, including Glenn Miller, Tommy Dorsey, The Mills Brothers, Frank Sinatra, Rosemary Clooney, Helen Forrest, Bing Crosby, Louis Armstrong, and many, many more! Swing Street Radio is a non-commercial, educational internet radio station, operated on a volunteer basis, and is entirely listener supported. In addition to our programming and educational efforts, we are also actively engaged in collecting, restoring and preserving rare and vintage recordings of the period for the enjoyment and appreciation of future generations.

What makes us unique?

Swing Street Radio appeals to a diverse and influential audience which ranges in age from listeners in their twenties and thirties who are discovering swing and jitterbug dancing for the first time, to more mature listeners who grew up listening to the big bands on the radio and at ballrooms and night spots all across America.

What can WE do for you?

What SHOULD YOU do NEXT?

Swing Street Radio invites you to call our underwriting department today and discover for yourself how partnership with Swing Street Radio can not only support our unique music format, but deliver your message at the same time. Call Craig Roberts today at 650-479-4641.

ADVANTAGES OF UNDERWRITING ON 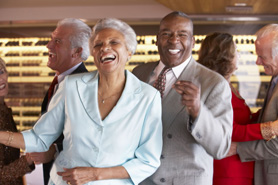 When your organization provides underwriting for Swing Street Radio, you help support an important local cultural asset and public service, and provide your business with a significant marketing advantage at the same time.

Swing Street Radio is able to reach the peninsula’s most affluent, well educated and influential citizens. They are achievers and key decision makers in their place of business. They are active participants in their community, and they have the income and education needed to make informed purchases of quality goods and services.

An investment in underwriting Swing Street Radio offers your business:

Seventy percent of public radio’s listeners say that a company’s support of public radio has a positive influence on their decision to purchase that company’s products and services. Further, Simmons Study of Media & Markets reports that compared to the general population, people who listen Swing Street Radio are… 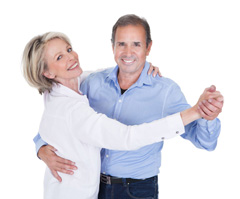 More than half of all public radio listeners live in the top socio-economic neighborhoods in the United States.

For example, in our community of license, Atherton, the highest Swing Street Radio listener numbers come from areas with the highest per capita income. With their disposable incomes, they invest substantially in their communities, homes and lifestyles.

One in eight public radio listeners have a head-of-household income greater than $85,000.

These are people you want your message to reach if you want to reach the decision makers for this community. They’re innovative and they’re experimental, buying more new products than their counterparts.

Seven out of 10 public radio listeners say they think better of a firm which underwrites its local non-commercial radio and television station.

They also admit they are more likely to purchase products and services from the firm who underwrites non-commercial programming. Swing Street Radio listeners are loyal. Because they invest in Swing Street Radio with their contributions, listeners assume a feeling of ownership and pride in “their” station.

Two 30 second announcements plus one “mention”* per day. Minimum one year contract.