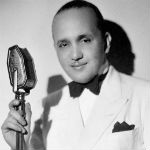 Fletcher Henderson (December 18, 1897 – December 29, 1952) was an American pianist, bandleader, arranger and composer, important in the development of big band jazz and swing music. He was one of the most prolific black musical arrangers and his influence was vast. Fletcher is ranked along with Duke Ellington as one of the most influential arrangers and band leaders in jazz history, and helped bridge the gap between the Dixieland and swing era. His mother, a teacher, taught him and his brother Horace to play the piano. He began lessons by the age of six. Around the age of 13 Henderson found himself with a keen ability to read music and sense pitch. He attended Atlanta University (Alpha Phi Alpha), and graduated in 1920 with a bachelor’s degree in chemistry and mathematics. After graduation, he moved to New York City to attend Columbia University for a master’s degree in chemistry, but finding his job prospects in chemistry to be very restricted due to his race, turned to music