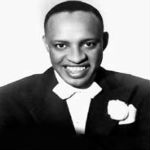 Lionel Hampton (April 20, 1908 – August 31, 2002) was an American jazz vibraphonist, pianist, percussionist, bandleader and actor. Hampton worked with jazz musicians from Louis Armstrong, Benny Goodman, and Buddy Rich to Charlie Parker, Charles Mingus, and Quincy Jones. In 1992, he was inducted into the Alabama Jazz Hall of Fame, and was awarded the National Medal of Arts in 1996. He moved to California in 1927 or 1928, playing drums for the Dixieland Blues-Blowers. He made his recording debut with The Quality Serenaders led by Paul Howard, then left for Culver City and drummed for the Les Hite band at Sebastian’s Cotton Club. One of his trademarks as a drummer was his ability to do stunts with multiple pairs of sticks such as twirling and juggling without missing a beat. During this period he began practicing on the vibraphone. In 1930 Louis Armstrong came to California and hired the Les Hite band, asking Hampton if he would play vibes on two songs. Also in November 1936, the Benny Goodman Orchestra came to Los Angeles to play the Palomar Ballroom. When John Hammond brought Goodman to see Hampton perform, Goodman invited him to join his trio, which thus became the celebrated Benny Goodman Quartet with Teddy Wilson and Gene Krupa completing the lineup.