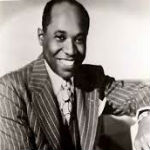 Luis Russell (6 August 1902 – 11 December 1963) was a jazz pianist and bandleader. His father was a music teacher, and young Luis learned to play violin, guitar, trombone, and piano. He began playing professionally accompanying silent films by 1917 and later at a casino in Colón, Panama. In 1919 he won $3000 in a lottery, and used it to move to the United States, settling in New Orleans, Louisiana. In Chicago he played with Doc Cook and King Oliver, in addition to occasional jobs under his own name and pick up bands in recording studios. With Oliver’s band Russell moved to New York City in May 1927. In October of that year he left Oliver to start his own band. By 1929, Russell’s band became one of the top jazz groups in New York. Noteworthy players in his band included trumpeter Henry “Red” Allen, trombonist J.C. Higginbotham and alto saxophonist Albert Nicholas; Louis Armstrong wound up taking over the band as frontman in 1935.