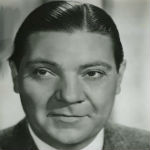 Jack Teagarden (August 20, 1905 – January 15, 1964), known as “Big T” and “The Swingin’ Gate”, was an American jazz trombonist, bandleader, composer, and vocalist, regarded as the “Father of Jazz Trombone”. Born in Vernon, Texas, his brothers Charlie and Clois “Cub” and his sister Norma also became noted professional musicians. Teagarden’s father was an amateur brass band trumpeter and started young Jack on baritone horn; by age seven he had switched to trombone. His first public performances were in movie theaters, where he accompanied his mother, a pianist. Teagarden’s trombone style was largely self-taught, and he developed many unusual alternative positions and novel special effects on the instrument. He is usually considered the most innovative jazz trombone stylist of the pre-bebop era – Pee Wee Russell once called him “the best trombone player in the world” – and did much to expand the role of the instrument beyond the old tailgate style role of the early New Orleans brass bands