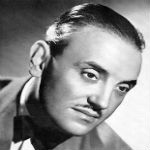 Ted Heath (March 30, 1902 – November 18, 1969) was a British musician and big band leader. He led Britain’s greatest post-war big band recording more than 100 albums which sold over 20 million copies. Considered the most successful band in Britain during the 1950s, it remained in existence as a ghost band long after Heath died. His first real band gig was with an American band on tour in Europe – the Southern Syncopation Orchestra – which had an engagement in Vienna, Austria and needed a trombone player. The drummer for this band, Benny Payton, taught Heath all about Jazz and Swing. Heath had to pay his own way back from Austria when the band ran out of money. He next played with the Metro-Gnomes, a small band fronted by Ennis Parkes, who later married Jack Hylton. In late 1920, Heath joined Hylton’s theatre band. From 1925 to 1926 Heath played in the Kit Cat Club band led by American Al Starita. In 1928, he joined Bert Ambrose‘s orchestra at the Mayfair Hotel in London and played there until 1935 when he moved on to Sydney Lipton’s orchestra at the Grosvenor House. Ambrose, a strict disciplinarian, taught Heath how to be a bandleader. During the late ’30s and early ’40s, Heath also played as a sideman on several Benny Carter sessions. In 1940, Heath joined Geraldo’s orchestra and played numerous concerts and broadcasts during the war travelling to the Middle East to play to the Allied Forces based there.